Dr. Grant Rivera is a career educator committed to serving every child and supporting every family. He believes great schools and communities are built on the combined talents of talented educators and an engaged community. He serves as the Superintendent of Marietta City Schools, becoming the 13th superintendent since 1892, leading the district's 12 schools, approximately 8,900 students and 1,200 employees. Prior to this position, he served as the Chief of Staff for the Cobb County School District, which has 112 schools and over 111,000 students. He was a principal for nine years at three high schools: South Cobb High School in Austell (2005-2009), Campbell High School in Smyrna (2009-2011), and Westlake High School in South Fulton County (2011-2014). Prior to being appointed principal, Grant held positions as a high school assistant principal, special education teacher, and coach in the Cobb County School District.
​
Grant received his bachelor’s degree in education and social policy from Northwestern University and a master’s degree in special education from the University of Alabama. He holds a Doctorate of Education from the University of Alabama, with an emphasis in school law. Grant has been associated with numerous professional development activities in the area of school law, school law enforcement officer research, and special education law.

He also served as adjunct professor of educational law at the University of West Georgia. Grant has worked with school districts around the country as a consultant and practitioner for school improvement and family engagement. Grant and his wife, Jenn, have two daughters - Lauren and Reese.
Email the Superintendent
Gitty Landrum
Executive Assistant
blandrum@marietta-city.k12.ga.us

Belinda brings 25 years of public school practice to MCS. She has served as a classroom teacher, assistant administrator at both elementary and middle school levels, 15 years experience as a school principal, and three years at the central office level where she served as Executive Director of Transformational Leadership and then Assistant Superintendent, Elementary for Cobb County Schools. She also works as an adjunct professor at the undergraduate and graduate levels.

Belinda believes in data driven methods to improve school performance while maintaining an expectation of excellence for the community we serve. Belinda has led several initiatives, including proof of concept designs whose success led to district-wide implementation. She has also served the community through volunteering on several Cobb County business associations.

Erin Franklin is a Certified Public Accountant  with over 30 years of experience in finance, budgeting, and accounting in both education and the private sector.

After serving for 17 years in Cobb County Schools, Erin joined Marietta City Schools as Director of Finance in 2006, and has served as Chief Financial Officer since 2016. She brings invaluable experience to all school district financial functions. Under her leadership, MCS has consistently been awarded the GFOA’s Certificate of Achievement for Excellence in Financial Reporting, which is the highest form of recognition in governmental and financial reporting.

She resides in Marietta with her husband and four children.

Ms. Sayles Harris holds an Ed.S in Administration and Supervision, with an add-on in Educational Leadership both from the University of West Georgia. She earned her Masters of Arts in Behavior Disorders from Clark Atlanta University and her Bachelor of Science with a concentration in Psychology and minor in Exceptional Children from Georgia State University. Michele resides in Mableton with her youngest child, her two older children are in college.

Chuck Gardner is a career educator committed to ensuring that every child receives a high quality education that prepares them for the life they choose. He served as Principal of Riverwood High School, Sandy Springs Middle School, and Frank McClarin High School in Fulton County Schools. Prior to being appointed principal, Chuck held positions as an assistant principal, and teacher including 8 years in the Cobb County School District.

Chuck grew up in the Marietta area and is a graduate of Lassiter High School. He received his bachelor’s degree from Florida State University, a master’s degree and Specialist in Educational Leadership from Kennesaw State University.

Additionally, he is a regular presenter at national conferences, including the Association for Supervision and Curriculum Development (ASCD) and the National Association for Secondary School Principals (NASSP).

Most recently, as Principal of Riverwood High School, Chuck oversaw the construction of a multi-phase new school construction project totaling more than, $100 million. Chuck and his wife, Kelly are excited to join the Marietta City Schools family. 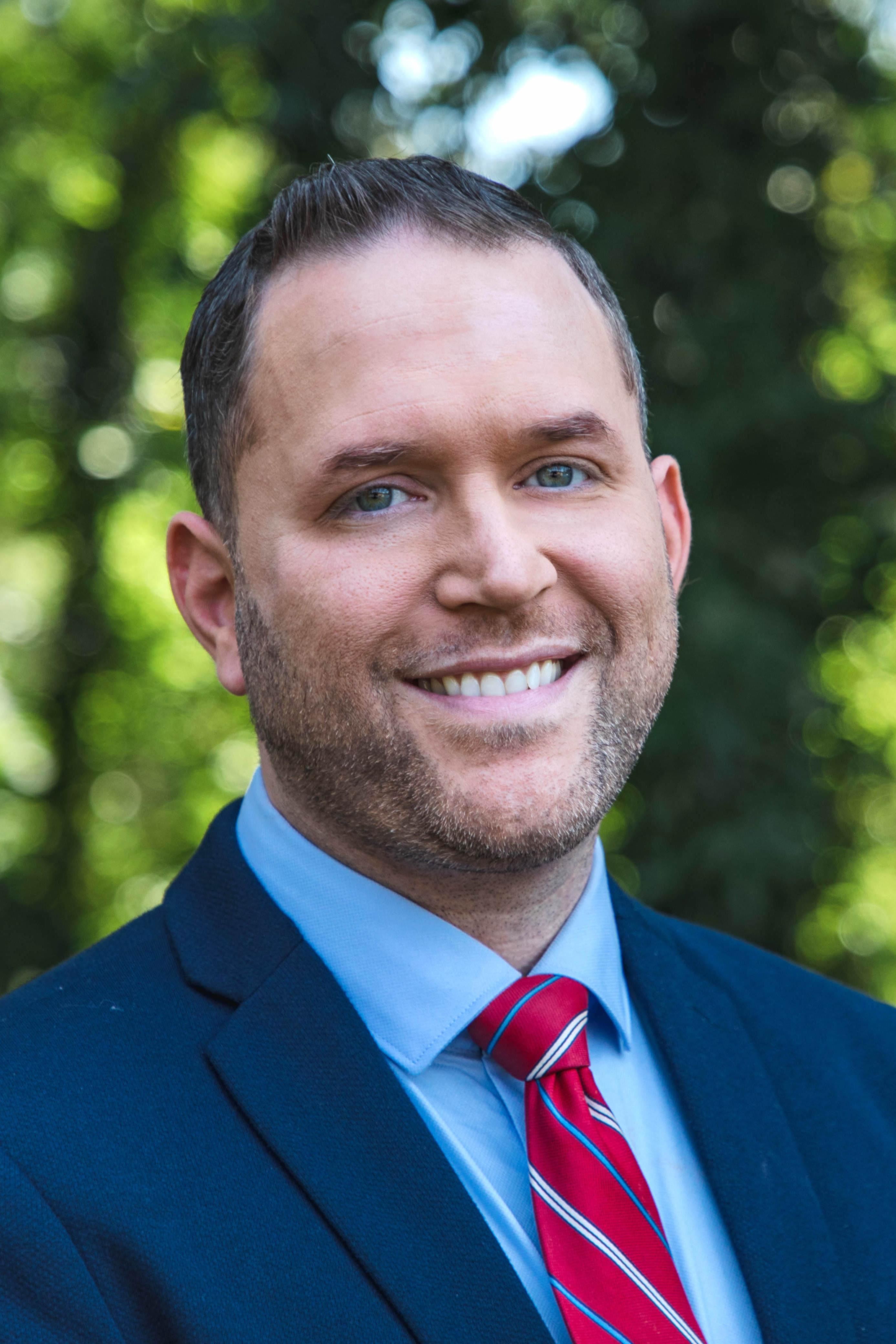 Chris Fiore, an Emmy-nominated and award-winning communications executive, comes to Marietta from Louisiana, where he spent the last two years as the Public Information Director for the Louisiana Department of Labor. Spending over a decade in communications, Fiore has executed million-dollar marketing campaigns, managed media relationships on a local and national level, organized town hall meetings, and revamped, restructured, and provided direction to communications strategies big and small.

Fiore previously led communications for the city of South Lake Tahoe, California, and has more than ten years of experience in television news. During his time as a journalist, he covered the war in Afghanistan from the front lines, hurricanes bearing down on the Carolina and Louisiana coasts, and helped spur change on Capitol Hill.

As the Chief Communications Officer for MCS, Fiore will provide vision and leadership for the city’s strategic communications and media relations efforts. He will also lead the team who develops and drives the organization's public relations strategy.

Fiore received his bachelor's degree from the University of North Carolina at Greensboro. Excited to return to Georgia, Fiore worked in the Public Information Office for the City of Savannah early in his career. He’s also passionate about volunteer work, previously serving as a Co-Chair of leadership Lake Tahoe, Board Member/Media Relations advisor for the Northeast Louisiana Chapter of the American Red Cross, and Executive Director of Savannah Pride.

Kim Blass brings extensive experience working at the intersection of communications and development to her position as the district’s Chief Impact Officer, where she creates district and community impact through partnerships, programs, and philanthropy.

Kim specializes in crafting strategies that advance an organization’s priorities, recognizing the role that messaging, brand, and overall “touches” have on fundraising success and greater engagement across constituencies. Her background includes consulting for Coxe Curry & Associates, where her education clients included Spelman College, Atlanta Youth Academy, and KIPP Metro Atlanta Schools, as well as positions at several leading Atlanta-area institutions, including The Lovett School, the Atlanta History Center, and Northside Hospital. At Lovett, as the chief marketing and communications officer, she sat on the Executive Committee for the School’s $90+ million Our Defining Decade capital campaign and served as a visiting accreditation team member for the Southern Association of Independent Schools and as an active volunteer for the Council for the Advancement and Support of Education. She also enjoyed working with students as a high school advisor and as an instructor in Lovett's Urban Experience summer school course.

Kim is a graduate of the University of North Carolina at Chapel Hill, where she majored in American Studies with a concentration in Southern Studies. She pursued graduate work at Georgia State University in Communications and Journalism. She and her husband, P. Gray Kelly, have two children in Marietta City Schools.